(My) Most Anticipated Book Movies of 2013

After Harry Potter and Twilight, book movies are becoming the thing and are doing much better than they used to. Who hasn't read a book and wished, at least once, that your favorite characters could come to life on the big screen. There are multiple book movies coming out this year, some I've read before and some I just love the trailer. While they can almost never replace their book counterpart, I can't help but get excited about some of these movies. Here's my list of most anticipated book movies of 2013.What are yours?

1) The Hunger Games: Catching Fire
This is, most obviously, my number one "can't wait" pick. I remember sitting in line most of the day for the Hunger Games. My sister and I dressed up like Katniss and Prim and my friends dressed up like people from the Capitol. It was an awesome experience, a great movie adaptation, and I can't wait til Catching Fire so I can finally see Finnick on the big screen! 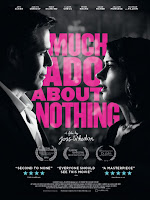 2) Much Ado About Nothing
I just finished reading the play, I've watched the trailer multiple times, and I love Joss Whedon so this is a MUST for me! I started getting interested in this just because of the director and because I recognized many of the actors in it from his other shows. The trailer for this movie got me to read the play and I can't wait to see it in its entirety on the big screen!

3) The Mortal Instruments: City of Bones
I thought the book was great and after watching the trailer (about 20 times) I am super excited for the movie! I am wondering though, how close this will stay to the book. Judging by the trailer I'm already noticing a few things that I'm not sure of. Though, besides the comparison, I think this movie is going to be amazing... even if I'm not the biggest fan of Lilly Collins.

4) The Host
Well, I'm not really a Stephanie Meyers fan but I thought the book was ok and I was intrigued to see what they would do for the movie. I finally saw it a couple weeks ago and I was impressed. They did the internal conversations well and, although they did change a few things, I thought it turned out pretty good.

5) Ender's Game
The funny thing is, I didn't even like the book while I was reading it. It was only when I finished it that I realized "wow, this is awesome!" The trailer looks amazing and it has one of my personal favorite actors: Harrison Ford!!!! (Yeah, I still have a crush on Han Solo). I am currently rereading it now for my sister's bookclub and am getting really excited.

6) The Hobbit: Desolation of Smaug
While this series isn't as good as The Lord of the Rings I love this world! I can't wait to see more of Bilbo and that hottie dwarf Kili (The actor is also playing my favorite character in City of Bones - Luke).

7) Percy Jackson and the Sea of Monsters
Yeah, they made another one. As if the first one didn't totally crash, burn and ruin everything that was amazing in the book. Despite all this, I am looking forward to seeing what they're going to do with this one. And I also want to see Nathan Fillion as Hermes.

8) R.I.P.D.
This is based off of a comic book so I've never read it (I just can't get into comic books) but the trailer is just hilarious! 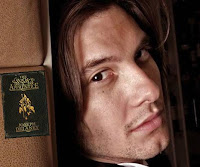 9) The Seventh Son
This movies is based off of the book "The Last Apprentice: Revenge of the Witch." I also have not read this book but it sounds interesting and it stars Jeff Bridges and Ben Barnes.

10) Jack Ryan
I've seen the movies that has Harrison Ford as Jack Ryan and I'm looking forward to seeing Chris Pine take over the role with Keira Knightley (my favorite actress) playing his wife. Maybe I'll try reading one of the books before this comes out.

Email ThisBlogThis!Share to TwitterShare to FacebookShare to Pinterest
Labels: Catching Fire, City of Bones, Enders Game, Jack Ryan, Much Ado About Nothing, Percy Jackson, R.I.P.D., The Hobbit, The Host, The Seventh Son

Much Ado About Nothing

Much Ado About Nothing
by
William Shakespeare
Summery from Goodreads...

The action is set in Sicily, where Don Pedro, Prince of Aragon, has recently defeated his half-brother, the bastard Don John, in a military engagement. Apparently reconciled, they return to the capital, Messina, as guests of the Governor, Leonato. There Count Claudio, a young nobleman serving in Don Pedro's army, falls in love with Hero, Leonato's daughter, whom Don Pedro woos on his behalf. The play's central plot shows how Don John maliciously deceives Claudio into believing that Hero has taken a lover on the eve of her marriage, causing Claudio to repudiate her publicly, at the altar.


Last year, in my literary club at my college, we had a “things we've never read” confessional type thing. I admitted that I had never read any of Shakespeare’s plays. Everyone was in an uproar. I mean, I had seen one or two plays of his preformed in the park within the last couple years but I had never read one. I can now proudly say that my sister has finally succeeded in introducing me to the old play-write and now I want more!

The Good, The Bad, and the Krazy...
My sister has constantly been telling me that I should try reading “Much Ado About Nothing,” and since Joss Whedon's version is coming out in theaters soon I had incentive. Finally last week we sat down and read it aloud together. I loved it! It's a story of love, treachery, assumed betrayal, and overcoming stubbornness. The overall story was gripping and interesting but I must say my favorite parts, the parts that I keep rereading, are whenever Benedict and Beatrice are on the page together, bickering and refusing to admit they have feelings for one another. I can't get enough of these two character's, I have watched the 1993 version with Kenneth Branagh and Emma Thompson about 3-4 times already and it's never enough. Branagh is dreamy as Benedict and Emma Thompson masters Beatrice. Although, I do admit Dogberry is a bit.... much for me. If you love comedic romances and bickering couples, like I do, don't miss this Shakespeare play!

What is your favorite Shakespeare play/movie?

Email ThisBlogThis!Share to TwitterShare to FacebookShare to Pinterest
Labels: Much Ado About Nothing, Shakespeare
Newer Posts Older Posts Home
Subscribe to: Posts (Atom)